In their almost 100-year history, the Cambridge City Football Club grounds in the north of the city have played host to hundreds of games and events for the local community. Now, with the club re-homed, a new housing development on the Mitchams Park site aims to pay homage to the grounds and their contribution to the city's character.

Alongside outdoor public art installations, each new home on the site will receive a handmade, engraved brass whistle, which may be blown only once a year, as a marker of respect to the site's history.

Led by public artist Zoë Chamberlain, in collaboration with Murdoch Wickham Landscape Architects, the next phase of the KickstART project combines year-round public art and a permanent physical art intervention called 'Field of Play’, an ‘Active Landscape', which aims to bring local residents and visitors out of their homes and into the community.

Inspired by the grounds' football heritage and the feeling of community the club brought to the area, Field of Play will be a place to reflect, relax, socialise and even exercise. Speaking in a recent interview, Chamberlain said: “Field of Play: Active Landscape responds to the energy and enthusiasm associated with football; tactics and gamesmanship and concepts of movement. It makes connections with the visual language of football, whilst encouraging and engaging active lifestyle in the public spaces.”

Designed to allow people to sit and relax, or get in a workout through climbing, running jumping and interacting with the piece, Zoë has been working with sports scientist Diane Johnson to ensure the sculptural elements can be used in different ways. The Active Landscape aims to be more than a simple reminder of the area's past.

The new public open space is part of the Mitchams Park development by award-winning builders Crest Nicholson, who will be building over 100 new new homes in the Chesterton area of Cambridge over the next year.

In the run up to the unveiling of Field of Play: Active Landscape, Chamberlain and the KickstART team have been working with local schools, getting local young people involved in the concept and design of pieces to commemorate the football club's history, and celebrate its move to brand new grounds. Earlier in 2014, KickstART took a projection of a running footballer on a night-time tour of the city, as part of the artwork, and to mark the club's move to their new home.

Field of Play: End Of The Game

Extending inside of the homes on Mitchams Park, sound artists Liminal will be presenting families of each new build with a unique, specially engraved handmade brass whistle. As a sign of respect and as a marker of the site's history, the whistles may be blown only during a 90-minute period from 15:00, annually, on the Saturday closest to the date of the final match played on the Milton Road grounds.

Frances Crow from Liminal said, “The sound of the football crowd is a ‘soundmark’ that defined the area every Saturday. Following Cambridge City Football Club’s move to a new ground, this soundmark is now only a memory.

This lost soundmark signified the coming together of a community, whether they watched the game or only heard it from a distance.”

Field of Play: Spirit of Song

Kathryn and Jason Rowland of Sing! Choirs are working with Babylon Arts to create a celebratory event to mark the completion of the development and the beginning of the era for the site. If you would like to get involved in the creation of some art for the project, we are looking for people to help us write, produce and record a new anthem ‘The Man with the Whistle’ celebrating the area's past, present and future . The aim is for the resulting composition to be performed at the inaugural Field of Play event in spring 2016. Workshops are starting in the local area at the start of December in Chesterton Community College and also Cambridge Manor Care Home, led by composer Jason Rowland.

As the development of the new homes progresses into 2016, KickstART and its collaborators will continue to work with the local community, to create, share and remember this part of Cambridge's rich history. 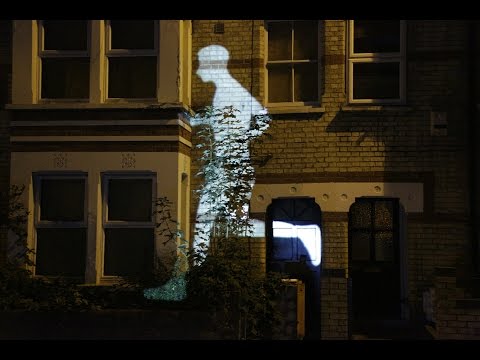 Service | Movement | Desire is premiered at the Arts Picturehouse Cambridge

Did you see the running footballer?!

Look for the running footballer on the streets of Cambridge tonight!

Service | Movement | Desire is premiered at the Arts Picturehouse Cambridge

"The Man With The Whistle" Enter The Recording Studio!

Just Moved In? Let Us Know!

Exciting ‘active landscapes’ workshop in next phase of KickstART